Explore resources and tools for history and historical research.

Have questions, suggestions, or recommendations for this page? Submit them this form.

GIS and Maps at JHU

Visit the GIS and Maps guide for information on using ArcGIS Online or ArcGIS Desktop and the GIS and map data on A-level of MSEL.

The resources below were compiled and annotated by the History Department graduate student DH group in 2017.

This interactive map shows the expansion of the slavery in the U.S. from 1790 until 1860 based on census data.

Born in Slavery: Slave Narratives from the Federal Writers' Project, 1936-1938

Visualizing Emancipation is a map of slavery’s end during the American Civil War. It finds patterns in the collapse of southern slavery, mapping the interactions between federal policies, armies in the field, and the actions of enslaved men and women on countless farms and city blocks. It encourages scholars, students, and the public to examine the wartime end of slavery in place, allowing a rigorously geographic perspective on emancipation in the United States.

The Geography of Slavery in Virginia

The Geography of Slavery in Virginia is a digital collection of advertisements for runaway and captured slaves and servants in 18th- and 19th-century Virginia newspapers. Building on the rich descriptions of individual slaves and servants in the ads, the project offers a personal, geographical and documentary context for the study of slavery in Virginia, from colonial times to the Civil War.

Centered on a database of slave and slaveholder populations in Texas during the Republic era (1837-45), the Texas Slavery Project offers a window into the role slavery played in the development of Texas in the years before the region became part of the United States. Dynamic interactive maps show the changing flows of enslaved and slaveholder populations in Texas over time.

This is an educational website dedicated to provide resources and information for teachers, scholars and the general public on role that enslaved Africans played in the making of America through their struggles and sacrifices for freedom. Also included in the Slave Rebellion Website is the slavery database, which contains the complete slave population records on slavery from earliest times to the Civil War and beyond slavery.

Slave Movement During the Eighteenth and Nineteenth Centuries

This Project offers a searchable database of detailed personal information about slaves, slaveholders, and free people of color. Designed as a tool for scholars, historians, teachers, students, genealogists, and interested citizens, the site provides access to information gathered and analyzed over an eighteen-year period from petitions to southern legislatures and country courts filed between 1775 and 1867 in the fifteen slaveholding states in the United States and the District of Columbia.

Slave Movement During the Eighteenth and Nineteenth Centuries

This website contains information about people who lived in slavery on Thomas Jefferson's Virginia plantations.  It provides access to a database of information on over six hundred individuals--details of life span, family structure, occupation, and transactions like purchases and sales.

Lowcountry Africana, sponsored by the Magnolia Plantation Foundation of Charleston, South Carolina, is a free website dedicated to African American genealogy and history in South Carolina, Georgia and Florida, home to the rich Gullah-Geechee cultural heritage.

Documenting the American South (DocSouth) includes sixteen thematic collections of primary sources for the study of southern history, literature, and culture. These are arranged below in alphabetical order. Click on any collection to access an index of materials limited to that collection. To view an index of all materials in this digital library choose "Authors," "Titles," or "Subjects" from the navigation bar at the top of this page.

The Atlantic Slave Trade and Slave Life in the Americas: A Visual Record

The 1,280 images in this collection have been selected from a wide range of sources, most of them dating from the period of slavery. This collection is envisioned as a tool and a resource that can be used by teachers, researchers, students, and the general public - in brief, anyone interested in the experiences of Africans who were enslaved and transported to the Americas and the lives of their descendants in the slave societies of the New World.

Voices from the Days of Slavery

"The almost seven hours of recorded interviews presented here took place between 1932 and 1975 in nine Southern states. Twenty-three interviewees, born between 1823 and the early 1860s, discuss how they felt about slavery, slaveholders, coercion of slaves, their families, and freedom. Several individuals sing songs, many of which were learned during the time of their enslavement. It is important to note that all of the interviewees spoke sixty or more years after the end of their enslavement, and it is their full lives that are reflected in these recordings.

From Slavery to Freedom: The African-American Pamphlet Collection (1802-1909)

From Slavery to Freedom: The African-American Pamphlet Collection, 1822-1909 presents 396 pamphlets from the Rare Book and Special Collections Division, published from 1822 through 1909, by African-American authors and others who wrote about slavery, African colonization, Emancipation, Reconstruction, and related topics. The materials range from personal accounts and public orations to organizational reports and legislative speeches.

The Bibliography of Slavery and World Slaving

The Bibliography of Slavery is a searchable database containing verified references (except as noted) to approximately 25,000 scholarly works in all academic disciplines and in all western European languages on slavery and slaving, worldwide and throughout human history, including modern times.

The North Carolina Runaway Slave Advertisements project provides online access to all known runaway slave advertisements (more than 2300 items) published in North Carolina newspapers from 1751 to 1840. These brief ads provide a glimpse into the social, economic, and cultural world of the American slave system and the specific experience within North Carolina. Working from microfilmed copies of these rare publications, the project team scanned the ads to provide digital images, create full-text transcripts and descriptive metadata, and develop a searchable database. The NCRSA website includes digital scans of the ads, contextual essays to address their historical research value, full text transcripts, an annotated bibliography to aid researchers, and a searchable database.

The Digital Library on American Slavery is an expanding resource compiling various independent online collections focused upon race and slavery in the American South, made searchable through a single, simple interface. Although the current focus of DLAS is sources associated with North Carolina, there is considerable data contained herein relating to all 15 slave states and Washington, D.C., including detailed personal information about slaves, slaveholders, and free people of color.

The ESSSS project, directed by Jane Landers and administered at Vanderbilt University, digitally preserves endangered ecclesiastical and secular documents related to Africans and Afro-descended peoples in the Americas.

Freedom on the Move. A database on fugitives from North American Slavery.

Throughout the 250-year history of slavery in North America, enslaved people tried to escape. Once newspapers were common, enslavers posted “runaway ads” to try to locate these fugitives. Such ads provide significant quantities of individual and collective information about the economic, demographic, social, and cultural history of slavery, but they have never been systematically collected. Freedom on the Move project will compile all North American slave runaway ads and make them available for statistical, geographical, textual, and other forms of analysis.

African Origins contains information about the migration histories of Africans forcibly carried on slave ships into the Atlantic. Using the personal details of 91,491 Africans liberated by International Courts of Mixed Commission and British Vice Admiralty Courts, this resource makes possible new geographic, ethnic, and linguistic data on peoples captured in Africa and pulled into the slave trade. The African Origins project arose directly from the work of G. Ugo Nwokeji and David Eltis, who in 2002 used audio recordings of names found in Courts of Mixed Commission records for Havana, Cuba, and Freetown, Sierra Leone, to identify likely ethno-linguistic origins. The names in these recordings were pronounced by speakers of the same language and accent that the Courts of Mixed Commission registrars would likely have had (e.g., if the name was written in a Havana register, Eltis and Nwokeji had the name pronounced by a Spanish speaker with a Havana accent). This helped connect the sound of the name to its spelling and thus enabled a more accurate assessment of the name’s possible ethnic origins than provided by its written counterpart alone. Those with knowledge of African languages, cultural naming practices, and ethnic groups can assist in identifying these Africans' origins by drawing on their own expertise to identify the likely ethno-linguistic origin of an individual's name.

Slave Biographies: The Atlantic Database Network is an open access data repository of information on the identities of enslaved people in the Atlantic World hosted at MATRIX, the Center for Digital Humanities and Social Sciences at Michigan State University. It includes the names, ethnicities, skills, occupations, and illnesses of individual slaves. Currently, users of the website can access data about slaves in colonial Louisiana and Maranhão, Brazil resulting from the research of Gwendolyn Midlo Hall and Walter Hawthorne.

The Liberated Africans Project contains information of Africans liberated by Mixed Commissions located in Brazil, Cuba, and Sierra Leone as part of the international efforts to abolish the Atlantic slave trade. This project, hosted at MATRIX, the Center for Digital Humanities at MSU and authored my Henry Lovejoy, gathers different type of data regarding individual life of liberated Africans, and also documents from legal cases resulting from captured slave ships.

On Saint-Domingue and the Haitian Revolution

Interactive resources and materials pertaining to the history of slavery and the slave trade, mainly in the francophone world.

French-language resources dedicated to the history of Saint-Barthelemy. Documents include many pertaining to the slave trade, slavery, abolition.

In Motion: The African-American Migration Experience presents more than 16,500 pages of texts, 8,300 illustrations, and more than 60 maps. The Web site is organized around thirteen defining migrations that have formed and transformed African America and the nation.

Digital Library of the Caribbean

The Digital Library of the Caribbean (dLOC) is a cooperative of partners within the Caribbean and circum-Caribbean that provides users with access to Caribbean cultural, historical and research materials held in archives, libraries, and private collections. dLOC comprises collections that speak to the similarities and differences in histories, cultures, languages and governmental systems. Types of collections include but are not limited to: newspapers, archives of Caribbean leaders and governments, official documents, documentation and numeric data for ecosystems, scientific scholarship, historic and contemporary maps, oral and popular histories, travel accounts, literature and poetry, musical expressions, and artifacts.

The Atlantic Slave Trade and Slave Life in the Americas: A Visual Record (by the Virginia Foundation for the Humanities, the Digital Media Lab at the University of Virginia Library)

Under Construction. Thank you for your patience. 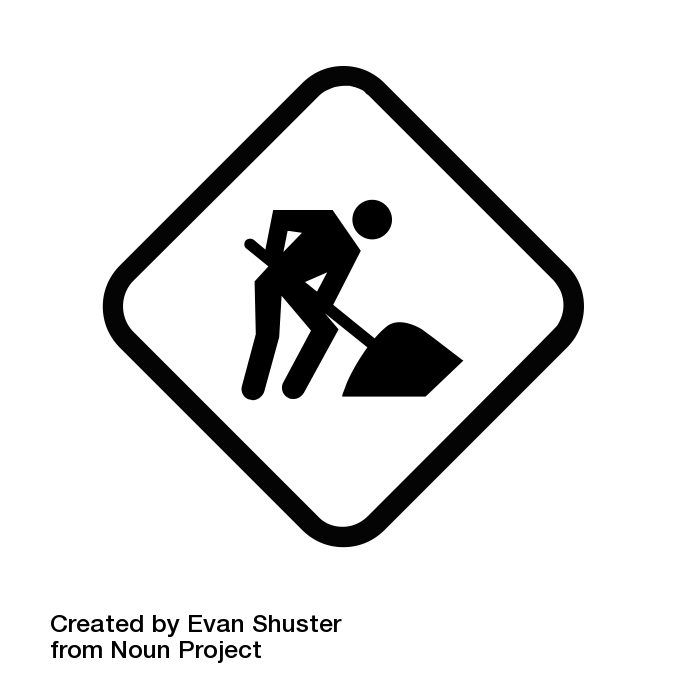